Exceptional, Local Healthcare for You and Your Family!

Welcome to Orchid Health Fern Ridge Clinic - serving Veneta, Elmira, and the surrounding communities with quality, compassionate healthcare! Orchid Health was founded with the belief that our state’s rural communities deserve to have accessible, high-quality healthcare. We offer local, comprehensive healthcare and take the time to address what matters most.

We have top providers and staff available online and in-person to help you achieve the best health outcomes in a convenient, non-rushed experience.

We’ll ensure you feel listened to, respected, and treated as an individual by a trusted care team that’s there for you.

We are responsive to your feedback and needs, determined to improve the health of our community and challenge the status quo.

We offer 60-minute visits for new patients and same-day or next-day appointments for acute visits. Our services are now available online with Telehealth. Subscribe to our newsletter for early patient information.

We offer all required immunizations for infants, children, teenagers, and adults. Click below to see our full list.

Your mental and behavioral health is just as important to overall wellness as your physical health. Our behavioral health specialists are available to help with mental health, addiction, nutrition, and life planning.

Our partnership with the Fern Ridge School District provides free health care to student children and adolscents in the distict.

Orchid Health was founded with the mission of solving the problems and inefficiencies of modern American healthcare and to make sure that no patient or community lacked access due to the current system. Our founders, Orion Falvey and Oliver Alexander spent years working with a number of Oregon’s top healthcare policy leaders, primary care providers, and most importantly community members themselves in order to improve the health and well-being of all patients and to create a model of health care based on quality, compassion, and innovation.

Our goal is for our patients to feel listened to, have enough time to ask necessary questions, and be able to discuss what’s most important to them with their provider. In order to accomplish this, we offer hour-long initial visits either online or in-person and 30-minute follow-up visits. Additionally, we understand the need for accessible primary and urgent care when a health concern arises, which is why we offer same-day visits (by appointment) for children and adults, and expedited new patient visits. In order to continuously improve the experience our patients receive, we constantly ask for feedback and involve patients in our decision-making process.

Orchid Health is proud to accept most major health insurance plans, including the Oregon Health Plan and most Medicare plans.

Call us today to see if you're covered!

At Orchid, we believe you deserve quality healthcare, no matter what. Anyone can be an Orchid patient, whether or not you have insurance. We have many flexible options available to make our care accessible.

Please call us with any questions! We’re happy to walk you through our process.

No student will be turned away due to the ability to pay. We welcome ALL students and accept most insurance including the Oregon Health Plan. If you don’t have insurance, don’t worry – we will still see you. This service extends to students in the Fern Ridge School District, which includes Elmira, Veneta, Walton, and Noti. Learn more here.

Students between the ages of 12 and 19 who visit the SBHC may be asked to complete an anonymous survey after their visit. The survey asks about the student’s satisfaction and experience at the SBHC, as well as some general questions about their physical and mental health status. Students can refuse to take the survey and this will not affect their ability to get care at the SBHC. To see a copy of the survey, please go to the “SBHC Data Requirements” link from http://healthoregon.org/sbhc. If you have questions about the survey, please contact the SBHC State Program Office at sbhc.program@dhsoha.state.or.us.

Robert (Bob) grew up in Pittsburgh, PA, and moved to Eugene, OR in April of 2020. He worked in transfusion medicine, managing 7 different hospitals, and various non-profits for over 20yrs before following his heart and moving to the West Coast. Bob hopes to bring his love for non-profits and 20yrs of management experience to the team and help bring about change in rural healthcare to his new community. He loves the idea of initiating programs directed towards the developmental need of each community. Bob understands that key factors to that growth are community involvement and leadership support since starting his own non-profit in March of 2017.

When Bob is away from work, he focuses on his love for his family and the outdoors by hiking, camping, kayaking, floating the river, and enjoying all the sites Oregon has to offer. He also loves to fill up his time by tapping into his artistic side; drawing, painting and taking pictures of all the beautiful landscapes. Bob loves to spend time with his dogs and works on growing and expanding his own non-profit, KBs Chemo Care Kits.

Margaret was born in the Netherlands as the youngest of 8 children. Her family immigrated, by boat, when she was a baby. She had no say in the matter but is glad they came to the US.

She grew up in NW Indiana, went to College in Michigan and then moved to Colorado, California, Oregon, back to CA and now back to OR because Oregon is the best! She lives in Veneta and is looking forward to working with members of her local community.

She and her husband love to camp and kayak and include their children/grandchildren as able. Margaret also enjoys playing the flute and reading.

Jennifer enjoys relating to a children’s experiences and viewing the entire family system as an integral part of their growth and development. Jennifer is honored to serve the families in the community and looks forward to working with new patients.

When not at work Jennifer can be found gardening, touring around or hiking to beautiful waterfalls, or doing spontaneous things with her 2 young adult sons. Jennifer is also an animal fan and enjoys spending time with her 3 dogs and 2 cats.

A graduate of the University of Oregon Business School, Orion has served as a consultant for several local businesses, was named the 2013 Oregon Student Impact Entrepreneur of the Year by Portland State University, and was awarded as a Freeman Fellow while working on a healthcare project in Cambodia. His passion for improving the healthcare system stems from his experiences growing up in a rural Alaska, and the opportunity for large-scale positive impact.

Bachelor of Science from Stanford University, MD from Penn State & residency at OHSU at pediatrics

Dr. Marty Grasmeder grew up in Philadelphia and moved out to the west coast with his family while entering college. Upon his move, he was accepted into Stanford University where he got his degree in Biology, followed by earning his MD from Penn State University.

After his university, Dr. Grasmeder held a residency in pediatrics at OHSU. Dr. Grasmeder did his fellowship in children's kidneys at the Children's Hospital of Philadelphia.

Later in his career, Dr. Grasmeder decided to expand his calling and took a role as a Pediatrician in Sika, Alaska. His service extended to local indigenous tribes and he was the only pediatrician on an island town of 8,500. His career grew and flourished while in Alaska, however, his heart was in the Northwest.

After nearly 20 years serving rural populations in Alaska, Dr. Grasmeder returned to the west coast as Multnomah County’s Medical Director. His impact at the county lasted for nearly 7 years until he semi-retired.

Now he is returning to his roots in rural healthcare to help expand care for everyone and to improve the social fabric and network to help people thrive in their communities while creating healthy communities.

When Dr. Grasmeder is not working; he enjoys spending his time fishing, learning about European history, spending time with his family and children, riding bikes, and woodworking.

Jennifer is a native Oregonian who grew up in a community much like Estacada. After working for over 20 years in large healthcare systems, she is excited to have joined Orchid Health where she can bring her experience to have a direct impact to the community in a more personal way. Her passion is for enhancing the patient experience through improving processes, eliminating obstacles to care, and building quality healthcare teams.

When she's not working, Jennifer enjoys spending time with her family, traveling, dancing, and loves basketball. Jennifer and her daughter often give back to the community by volunteering serving meals and other community service projects.

Before joining Orchid he has worked in many various roles within Community Health Clinics and also more recently an insurance organization. Hobbies include, bowling, hiking and generally being outdoors. He has a love for dogs.

Vikki is a human resources professional who enjoys traditional HR practices and also gets really excited about building and sustaining great company culture through support and training(s) focusing on healthy professional communication, understanding our differences are what make us all fabulous, and how to effectively communicate with a variety of different communication styles. Her passion is working closely with all team members to promote success for all.

Vikki balances her working life with plenty of fun times with her husband Tony... refurbishing furniture, riding motorcycles and traveling, as well as, spending time with their collection of oddball dogs and really cool adult sons who live in the Portland area. 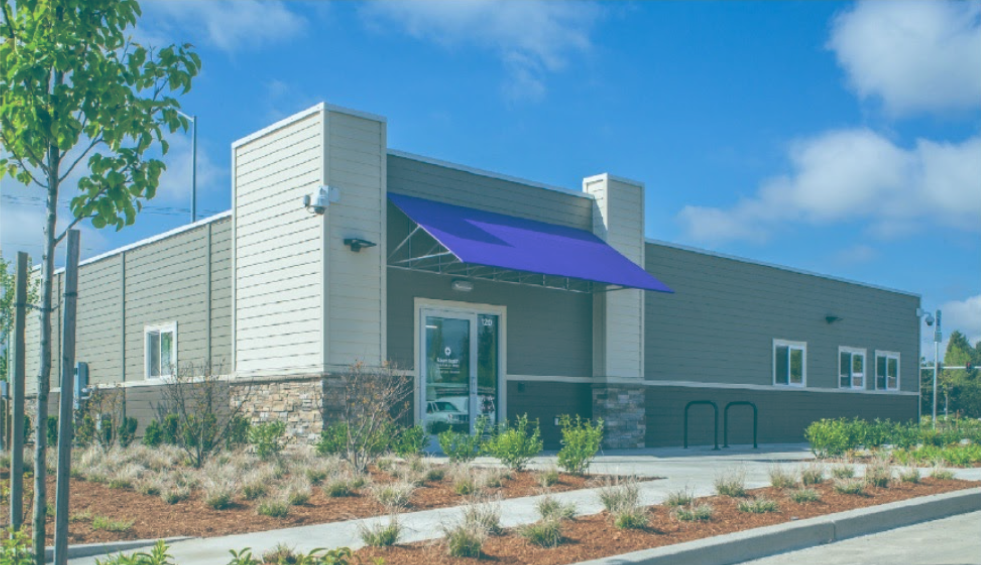 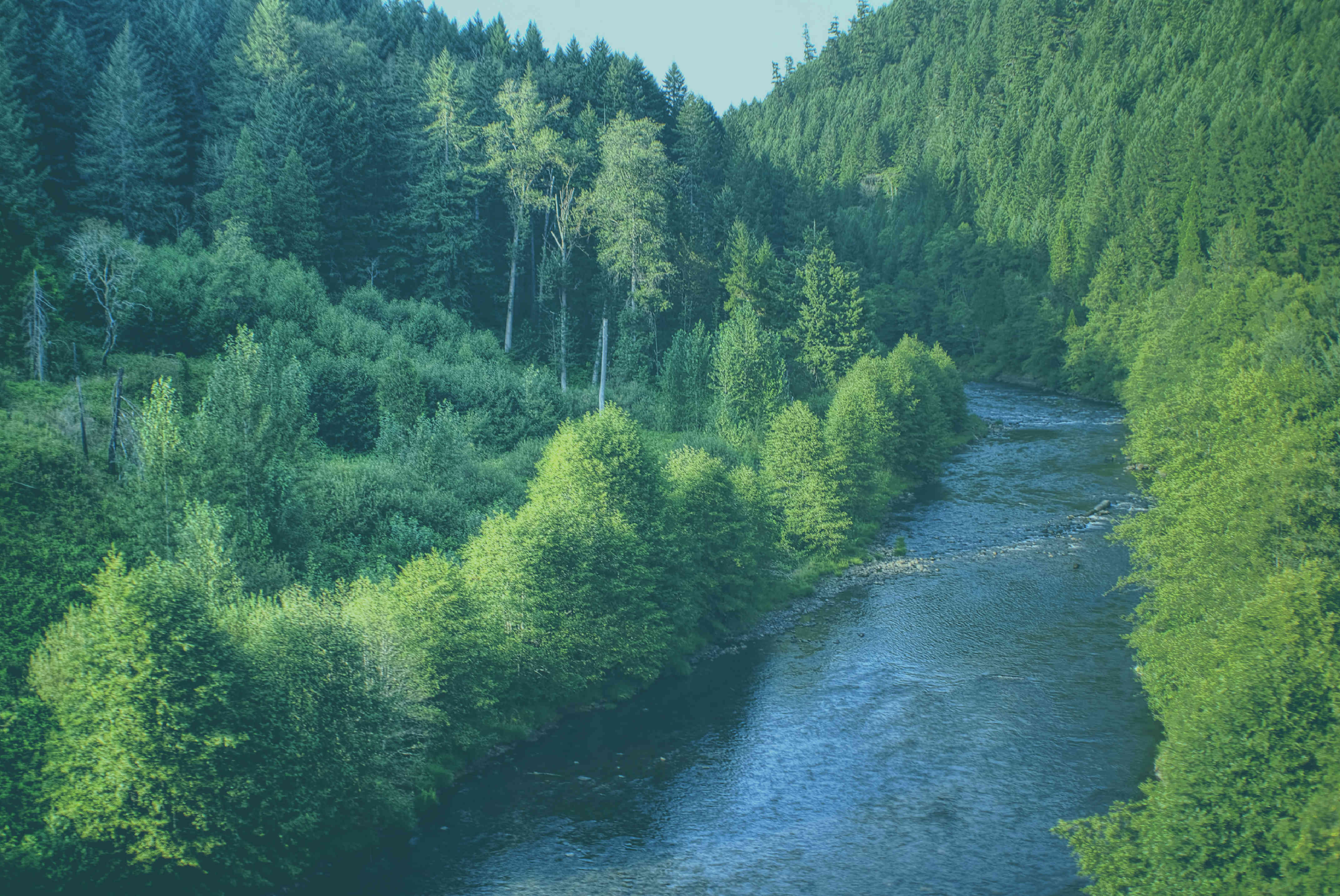 Fern Ridge at a Glance


We are hiring for the following positions:
Data Analyst Job

Located near Elmira High School, the Veneta Fern Ridge Clinic serves the entire Fern Ridge Area including Veneta, Elmira, Crow, Noti, Vaughn, and Walton. The area is known for the Fern Ridge Reservoir, wineries, farms, and its abundance of natural areas and wildlife.

I was delighted to tell you verbally how much I enjoyed and value the care you and your staff have given me. I was happy to say so in an email as well in hopes you can share it with your staff who are deserving of such praise.

I'm nothing less than astounded at the care, concern, patience and so on and so on offered by your staff. We came to your office because my wife suffered a cut from broken glass. While I'm deeply sorry about that, of course, how wonderful we made this connection, and your care was so obvious even in this sort of indirect encounter.